How Shoplifting Works and How to Prevent It 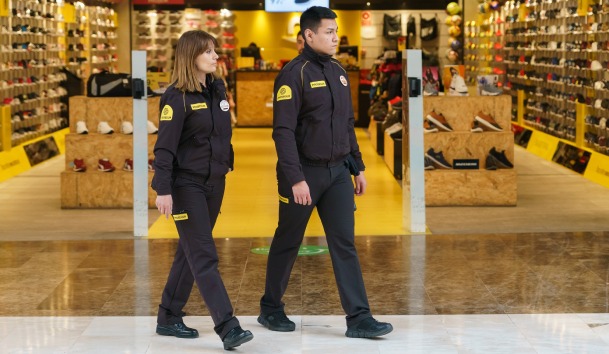 Retail loss (called shrink or shrinkage by the industry) is usually associated with shoplifting. True, shoplifting is a major contributing factor: A 2018 study by the National Retail Federation (NRF) found that it is responsible for 36.5% of the total loss. The remaining 63.5% come from other sources, like employee theft, administrative errors and vendor fraud.

Still, shoplifting is the single biggest source of retail shrink, so in this article I’d like to share some strategies for spotting it and dealing with it.

The large majority of shoplifters are opportunists, which are people who do not necessarily come into a store with the intent to steal. Oftentimes, they go to a store to actually buy something, but they find that the item may be too expensive for them. Opportunistic shoplifters generally don’t consider stealing until they find themselves alone, unobserved by employees or surveillance technology like security cameras.

If they’re caught even once, most opportunists will never steal again. Many opportunistic thieves are often surprised when they are caught. They don’t really understand how retailers protect themselves from shoplifting using employee observation or security cameras. In fact, many shoplifters I have interviewed were surprised to see we had camera footage of them. I’ve often seen opportunists who don’t even look at the camera before stealing an item, either because they don’t believe the camera works or because they don’t think they’re being watched at all.

With opportunistic shoplifters, many retail loss prevention experts emphasize deterrence over apprehension. Although these shoplifting incidents usually don’t make up a majority of external shrink, loss prevention experts have found that making sure store visitors know they are being observed is an effective method of deterring theft or other unwanted behavior.

An individual habitual thief is someone who gets a rush out of stealing. Some do it for the money — they resell the stolen goods. But some are just hoarders — they want something simply for the sake of having it. In my time working in retail loss prevention, I have apprehended thieves who have hundreds of thousands dollars’ worth of merchandise in their homes but don’t do anything with it.

Individual habitual thieves are often great customers. Your employees know them and talk to them, and they’re often in your customer loyalty program. If a thief like this is caught stealing, he or she might be deterred for a short while. But eventually, they’ll go back to their old habits.

The group of shoplifters that do the most damage to a business’s bottom line is organized retail crime, or ORC. These thieves enter a store with the purpose of stealing specific merchandise. No matter what store they enter, they think of how to defraud that organization. ORC thieves operate according to their perceived risk of being caught at that store. A thief working as a part of an ORC group has no issue walking out of a store without stealing anything if they think they can’t get away with it. However, this does not mean they won’t return in the future to see if they can try again.

A common ORC tactic is working in a team, where multiple thieves enter a store to distract employees from the theft. In this situation, some of the thieves go to different departments to draw store employees’ attention, either by asking questions or acting suspiciously. While the loss prevention team is focused on these decoys, the real thieves can then steal their target merchandise.

ORC thieves also understand felony laws about shoplifting. If the dollar minimum for felony theft is $1,000, then an ORC thief will steal $999 of merchandise so they can avoid the risk of a felony charge. In recent years, many municipalities have modified their felony theft statutes, increasing the threshold for a felony from $250 to $1,000 or more. One consequence of this is that now fewer thieves face felony charges. These changes are typically driven by the municipalities’ increased costs of transferring arrested thieves into custody or bogging down the court systems.

Some, but not all, community leaders see retail theft as a victimless crime, believing that processing theft charges takes resources away from other crimes deemed more serious. This places a greater pressure on retailers to deter ORC from happening in their stores instead of relying on legal system.

Why Do Thieves Steal?

There are multiple motivations for theft, of course. Opportunists steal because of the circumstances: An item they want costs more than they expected, or they feel like they can get away with it, just this once. This is why deterrence works so effectively on this type of a thief. He or she is not fully committed to stealing from a store. If would-be shoplifters know they are being observed, they would rather avoid the risk of being caught and walk away.

The individual habitual thief tends to steal specific items, rather than items that are just convenient. They may specialize in merchandise they know they can easily resell, or they steal just for the thrill of committing a crime. Oftentimes, theft is a lifestyle for these shoplifters, and they may not see it as a crime at all.

ORC is a much more organized and goal-oriented type of shoplifting. These thieves don’t steal because they can’t afford to buy something: They steal purely to make a profit from reselling merchandise, and they are the most determined kinds of thieves. ORC groups know laws in their area well, and they know what kind of merchandise is in demand, making them both efficient and effective shoplifters.

Understanding the motivations behind each type of thief helps you identify the theft you are facing. For example, if you find that you are missing smaller items of low value, this points toward opportunistic thieves. If your inventory check shows that you are short on high-value items such as cosmetics, baby formula or clothing, this is often a sign of ORC, as these products are easy to resell for profit or just return to the store it was stolen from.

One of the biggest obstacles for retailers who are struggling to prevent external theft is internal awareness within their organization: Are your store associates aware of shoplifting? Do they understand how to deter theft? When employees are trained to spot and prevent theft in stores, they become a highly effective part of your retail loss prevention strategy.

Since store associate awareness is one of the most effective deterrents against theft, the retailers who have a high employee turnover have a problem. An effective theft deterrence strategy involves the commitment of employees who are trained to provide outstanding customer service and detect signs of shoplifting. But with a high turnover rate, a retailer has to constantly train new employees. This can be difficult if employees are constantly joining and leaving your organization, particularly during the holiday season.

One retailer I worked had high turnover and a massive shortage in their denim department. They were losing more product than they were selling, but they did not know what was happening. Eventually, we discovered that employees didn’t bother telling their supervisors when they saw a lot of product missing. Instead, they would just replace the missing merchandise with product from the stock room. Because of this, the retailer did not discover the loss until they did inventory, which made it even harder to pinpoint the problem. This loss could have been prevented entirely with proper employee training: If the store associates were trained to report missing product as soon as they noticed it, the retailer would have caught the shrink much sooner. Below are three of the most effective ways I found to train your store associates to deter shoplifting:

The number-one way to deter thieves, whether they’re opportunists or experts, is also the simplest: Greet every customer who enters your store. Employee approach has been proven to be the most effective method of preventing theft from happening in the first place.

For example, one of the fundamental ways of deterring shoplifters is to ensure that customers are never completely alone in a store. An employee can practice this by being aware of their surroundings, observing visitors who go to low-visibility areas such as back corners and keeping an eye out for potential groups of thieves.

2. Ensure the store environment is clean and well-organized

Having an organized store not only makes it easier for your customers to browse your products but easier for your team to see if anything is missing. For example, if you have a disorganized pile of jeans on display, it can be easy for a thief to steal a pair or two without anyone noticing. In contrast, a neat display table with small stacks of jeans would deter the opportunistic thief from even thinking of stealing at all.

This applies to all areas of your store, including displays, dressing rooms and stock rooms. A well-lit, clean and organized retail space communicates to store visitors that your employees are paying attention.

3. Staff your store with enough employees

Many retailers have changed how they staff their stores, organizing their staff by floor rather than by department. To further minimize costs, retailers have also turned toward technology designed to control shortage, such as devices designed to monitor and control inventory. However, no surveillance system or RFID tracking solution works like an employee who is dedicated to their department, understands their products and approaches every customer in their area.

Instead of trying to replace the human element of retail, companies should look to their store associates as a resource for deterring theft. In fact, reducing the amount of staff you have in store can drive a greater need for locking down your merchandise. This can be a huge detriment to sales: If your products are not easily accessible to honest customers, you might not sell a lot.

In the end, retail isn’t about protecting product — it’s about serving customers and driving sales. That’s what makes a people-based approach to theft deterrence so effective: A well-trained store team is the best way to find the right balance between access and security.

David Crow CFI is senior vice president of business process automation at Prosegur USA. He spent 28 years in retail loss prevention, starting as a store detective and working his way up to senior leadership positions at Macy’s and Bourdines. At Prosegur, David leads IT and business automation teams, with a special focus on business intelligence and data security.