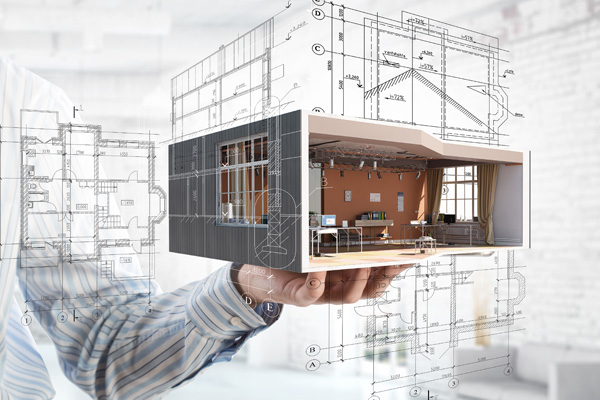 Imagine a building designed to prevent criminal activity. What would it look like? Are there design elements that can deter unwanted behavior like trespassing, theft, and violence? The answer is yes. Crime prevention through environmental design (CPTED) argues that the physical aspects of an area can be used to reduce crime and create a safe, secure environment.

Research clearly shows that the risk of being caught is a much more powerful deterrent of crime than punishment. Even the police leverage the perception that criminals will be caught and punished to reduce crime. It increases people’s perceived risk by creating a physical environment that makes it very difficult to commit a crime.

In this article, we will review how crime prevention through environmental design effectively reduces the likelihood of crime and how to implement best practices that result in a facility with safety and security built into its design.

Crime prevention through environmental design, or CPTED (pronounced sep-ted), is a multidisciplinary approach to crime prevention that uses urban and architectural design to deter criminal acts and build a sense of community and safety for people in the area. The CPTED approach builds security features right into the physical environment using a wide variety of design elements, like landscaping, bollards, and even simple features like lighting and doors.

The main principles of CPTED are:

The success of CPTED is largely attributed to its multilayered approach to crime prevention, utilizing aspects from architecture, urban design, environmental criminology, and behavioral psychology. Through CPTED, practitioners develop built strategies that can influence how people perceive an environment and behave accordingly. 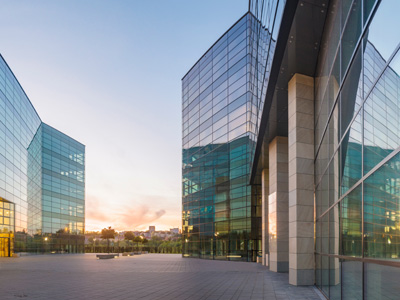 For example, one of the primary goals of CPTED is to increase the visibility of an area and the people in it. In addition to making it easier for security officers to visually monitor the space, this tactic impedes criminal activity from happening in the first place. People are much less likely to behave “undesirably” when they are aware that they could be seen at any time. Adding lighting, windows, and video surveillance can add visibility through the built environment, which is integral to CPTED.

The principles of CPTED are applied through the “3-D approach,” which assesses if a space is designed and used effectively. The 3-D approach evaluates the following areas:

For instance, a building lobby has the designated purpose of being a common space used for access and circulation or as a waiting area. However, the physical design of a building lobby might not support these functions well if there is insufficient lighting or poorly defined walkways to guide people as they move throughout the space. By considering the designation, definition, and design of an area, you can make informed decisions to improve its functionality and security. 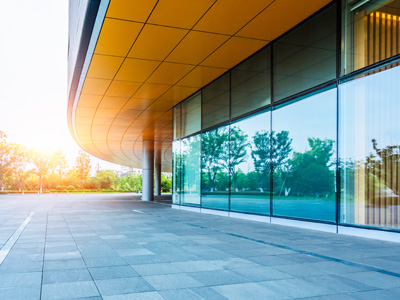 CPTED is one of the most widely recognized crime prevention theories — and for good reason. By harnessing proven strategies based on environmental design, psychology, and even biology, applying the principles of CPTED to a security strategy, organizations can reduce trespassing, vandalism, theft, and other unwanted behavior. Below are three reasons why you should consider CPTED when securing a space:

Recent research has reasserted the effectiveness of implementing “built strategies” to increase the perceived risk of offending and deterring crime. Even before technology like video surveillance and motion detection were standard in the security industry, CPTED was shown to be highly effective at reducing criminal activity such as robberies. A study found that CPTED programs reduced robberies up to 84 percent, concluding that the versatility of CPTED makes it adaptable to any application.

One of the most definitive characteristics of CPTED is that it strives to reduce the risk of crime using the built environment itself. Rather than just adding typical security elements like manned guarding and video surveillance to an existing space, the CPTED method significantly reduce the opportunity for crime. Following this preventative approach in the earliest possible stage of the design process results in a facility with crime deterrence built in.

By taking a proactive approach to security, CPTED reduces the overall costs of crime prevention. Although retrofitting an existing facility to meet CPTED standards can be costly, building crime deterring elements into the environment is ultimately less expensive than constantly adding security solutions and policies in response to crime. For organizations that incorporate CPTED principles in the original design phase of facility planning, the costs are even lower. 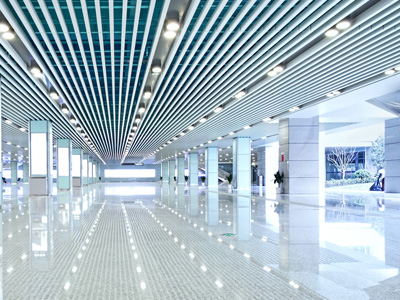 Best Practices for Using CPTED to Secure Your Facility

The single most important practice for any business is to implement a workplace violence policy and prevention program. After creating it, you must also ensure that all employees, supervisors, and management are properly trained to follow it.

One of the biggest appeals of CPTED is that it can be applied without interfering with the intended use of a space. Unlike more traditional approaches to security, CPTED is built into the environment. The “natural” elements of CPTED result in safety and security as a byproduct of the normal, routine use of the space.

Applying CPTED early in the planning and design phases of a project can be even more cost-efficient. Below are three best practices.

Building natural surveillance into the environment increases the perceived risk of committing a crime by improving the visibility of all the people in the area, including visitors, employees, customers, drivers, and third-party vendors.

Simply put, criminals do not want to be observed. Knowing you could be seen at any time is a powerful deterrent against crime. Just like camera surveillance, natural surveillance makes it difficult for people to hide. Design features like lighting, windows, transparent building materials, and the removal of obstructions can improve sightlines.

For example, many buildings use transparent building materials in areas where assaults might frequently occur, like stairwells and elevators. Compared to an enclosed elevator, an elevator box wrapped in glass is much more visible from the lobby area, reducing the likelihood of assault. Exterior stairwells can be framed in glass or fencing so they are visible from the outside, which removes cover and concealment that criminals could otherwise exploit. 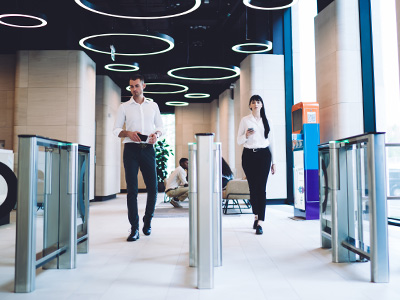 The CPTED principle of natural access control aims to clearly define authorized and restricted spaces. This is typically achieved by selectively placing entrances, exits, fencing, lighting, and landscaping to limit access and control the flow of people and vehicles.

The CPTED method involves a more behavioral approach to access control. Instead of using access control to just keep unauthorized people out, organizations should also control aspects like:

With CPTED, access control can be used to physically influence the behavior of people in certain ways, like marked pathways to direct people to authorized areas or speed bumps to control driving speed in a parking lot. Other common elements of access control include deadbolts, alarms, turnstiles, signage, and fences.

For example, a facility that stores high-value goods can build a large perimeter that everyone needs to pass through in order to exit and enter the building. This would create a longer distance for people to conceal stolen goods, increasing people’s perceived risk of detection and apprehension. Security officers, surveillance cameras, and checkpoints throughout the perimeter can further deter crime. 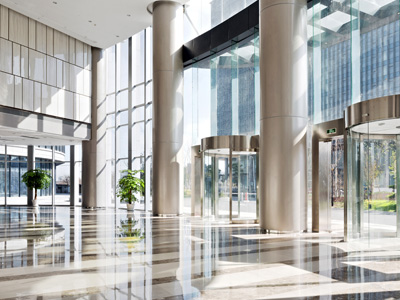 Although it’s not one of the traditional aspects of CPTED, target hardening can play an important supporting role in the approach. Target hardening is a physical security strategy that makes a building more difficult to forcibly enter. This technique typically relies on using physical measures to reinforce access control, like deadbolts and security gates.

The simplest version of target hardening is adding locks to all the doors and windows and ensuring only authorized people have keys. Another effective target hardening tool is a bollard (a sturdy, short, vertical post used to control vehicle access). Many facilities install bollards between parking lots and building perimeters to prevent accidental or intentional collisions into people or structures.

Other security features used in target hardening include: 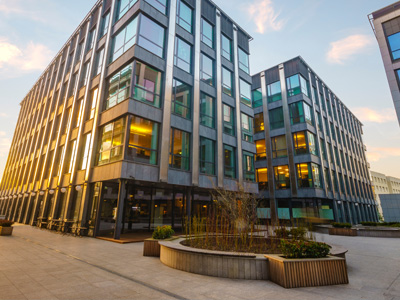 Crime prevention through environmental design is a preventative, proactive approach to physical security that essentially automates your security strategy. Although CPTED is most effective when used as a framework to design a space, here are some CPTED tips that all organizations should try if they haven’t already:

CPTED improves security by evaluating an area, determining its purpose, then incorporating security elements into the built environment, which saves money on incompatible security solutions. The customizable approach of CPTED results in a security plan that supports the everyday activities of a facility without interrupting the regular flow of people, vehicles, and operations. 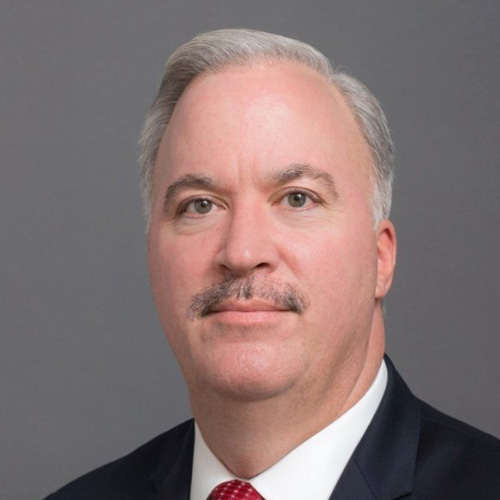 With nearly forty years of security services management experience Joe is a recognized professional in Atlanta’s physical security marketplace. Featured in a BOMA Insight magazine article titled “The Leaders Among Us,” Joe is actively involved in Atlanta’s security landscape and has published numerous articles in industry publications.

Joe has consulted with many Fortune 500 companies operating across the US and has serviced several thousand properties during his career. He has worked for such notable firms as Borg Warner Protective Services establishing the Olympic Operations Center for the 1996 Olympic Games in Atlanta. Today he leads Prosegur’s commercial services division in the U.S., serving as a Senior Vice President.

Joe is a long-term member of ASIS International, past president of the FBI’s InfraGard Program (8+ years), and was a founding board member of the Southeast Emergency Response Network (SEERN). He graduated from Fairleigh Dickinson University with a degree in Marine Biology, and is the father of two beautiful daughters adopted from China.