Prosegur Research, The Observatory on the Present and the Future of Global Security, is Created

With this initiative, Prosegur aims to contribute to the dissemination of a security culture from a strategic perspective, drawing on the knowledge of a wide-ranging panel of internal and external experts linked to academic and scientific institutions. 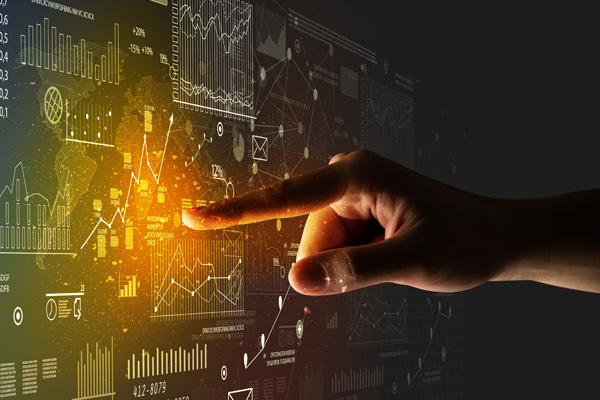 Madrid, (April 5, 2022) – Prosegur, the leading global benchmark in the private security sector, has decided to create a space for analysis of and reflection on the present and future of global security: Prosegur Research. With this initiative, the leading Spanish security multinational will anticipate the challenges and opportunities that are set to determine how society evolves in the coming years. Prosegur Research aspires to become a meeting place for all security professionals and to contribute to the dissemination of the security culture. The project will be advised and assisted by a wide-ranging panel of external and in-house researchers and analysts linked to leading academic and scientific institutions.

In the words of Fernando Abós, General Manager of Prosegur Security and promoter of Prosegur Research, "against this backdrop of tension and uncertainty, which is especially complex and diffuse in terms of security, we have launched Prosegur Research. It is the perfect time to create a forum for reflection and debate on the present and future of security. We want to share with society the know-how accumulated over our more than 45 years of activity and add to this initiative all those who want to help us anticipate the challenges of the future. Assisted at all times by the intelligence and opportunities that innovation and technological progress afford."

Prosegur Research will publish regular reports that will address security-related issues from various fields including, for example, innovation, technology, the environment and crime. It will also cover the impact of these issues on companies and on the different sectors of economic activity. For its launch, Prosegur Research has published two interesting analyzes: "A different world: key future drivers" and "The world in 2022" which explores the main trends and keys to the future in the field of global security.

In these reports, Prosegur Research anticipates various trends. On the one hand, the increase in social disorder resulting from the existing extreme polarization, the significant erosion of trust in institutions fueled by the difficulties in managing the pandemic and the intense frustration caused by the challenging economic, health and social circumstances experienced during 2020 and 2021. On the other, it forecasts an increase in organized crime and in criminal governance given its significant adaptation capability, the availability of enormous resources and the exploitation of the crisis by criminal organizations to achieve greater social control in certain territories.

In these first two reports, Prosegur Research analysts have established the seven key future drivers that are shaping a new global environment and that will have an impact on the perception and management of security risks over the coming years: diffuse power, social polarization, the redefinition of the economic model, individual empowerment, technological convergence, welfare and wellbeing, the environment and sustainability.

Diffuse power: the age of disorder

The present is shaped by an extreme geopolitical and geoeconomic competition, aimed at rewriting the role that each player will have in the future, and which is manifested in the new hybrid conflicts. On one hand, the relationship between power and legitimacy has been broken. On the other, the economic and health crisis, and the global loss of freedom resulting from critical decisions in the face of disruptive events, have strengthened the power of autocracies. As The Economist notes, democracy declined in 70% of countries worldwide in 2020, with a further deterioration in 45% of them in the last year. Power is diffuse and decentralized, distributed between state and non-state actors (lobbies, large technology companies). In addition to a certain degree of physical deglobalisation, based on the desire for self-protection, there is the threat of fragmentation of the world into blocks. Autocracies have gained in strength.

The enormous volatility and uncertainty of today's world erode social cohesion and make consensus difficult, generating significant social fragmentation. For example, riots, general strikes and anti-government demonstrations around the world increased by 244% between 2011 and 2019, according to the 2021 Global Peace Index. In addition, pandemic fatigue has brought to the fore a whole series of structural and short-term causes that accentuate the traditional motivations for a feeling of protest, increasing the perception of systemic shock. The International Monetary Fund has already warned of the increase in social unrest stemming from both the economic and social impacts of the pandemic and the recent conflict in Ukraine.

The financial crisis of 2008 and the economic impacts of COVID-19 have driven the search for new economic models which are more inclusive of all the players involved in the economy, including society. The change is such that companies managed using ESG (environmental, social and corporate governance) Criteria are performing better on the stock market. However, the latest events in the international arena, such as the crisis in Ukraine, are accentuating the issues in the supply chain and inflation at a global level, jeopardizing the expected levels of recovery, slowing growth forecasts and generating another series of threats such as food insecurity.

Individual empowerment and a change of values: Me vs. the world

The United Nations defines individual empowerment as "the process of enabling people to increase control over their lives, to gain control over the factors and decisions that shape them". A society that progresses requires highly trained individuals, an objective that has been helped by globalization, wide access to knowledge and new technologies, which has resulted in significant changes in lifestyle habits. For this reason, a new wave of social awareness is being observed, strengthening community resilience and social solidarity as counterpoints to despair, pandemic fatigue and vulnerability to health, economic and environmental crises.

Technology will swiftly help redefine sectors and improve services and products, as well as human capabilities, making what until now has been impossible a reality. For example, with 3G it took 45 minutes to download a HD film, with 4G it takes 21 seconds and with 5G less time is required than it takes to read this sentence (Diamandis and Kotler, 2021). But it is precisely its disruptive and convergence potential that increases attack surfaces, due to the increase in connection speeds, the growth in data handling and the reduced response latency, among other factors, which is shaping cybercrime in mobile devices, the IoT and the cloud as one of the main attack vectors today and in the coming years. Furthermore, we are witnessing an incipient technological cold war with the microchip and semiconductor crisis: political rivalries between powers are causing and will continue to result in delivery delays and price increases for both manufacturers and consumers.

The pandemic has resulted in the concept of physical health expanding to incorporate holistic health, which includes mental, dietary and social health. According to experts, "70% of the latest epidemic outbreaks originate in deforestation and, therefore, it is only a matter of time before the risk of new pandemics arises". This is why protection of the ecosystem is a matter of public health and ignoring its conservation will result in the creation and growth of criminal markets that profit in this regard, through the trafficking of, inter alia, wildlife and health products.

Environment and sustainability: the ecosystem as a priority

The health crisis has made us value human life as something fragile and dependent on the ecosystem in which we live. Moreover, natural disasters cost about $18 billion a year in low- and middle-income countries through damage to power generation and transport infrastructure alone (World Bank, 2021). Consumers choose companies that are environmentally and socially aware, and 70% take this factor into account when choosing a brand. It is an issue linked to the search for balance between economic growth, care for the environment and social welfare, which currently finds expression in the demand - by the majority of the population - that companies respect minimum ESG criteria. We are facing the last call for sustainability in a decade that is considered critical. The trend towards extreme weather events and natural disasters such as forest fires, droughts and floods will pose a serious risk to companies and people generally in the coming years.